Benjamin Li Carina Hesper
iFrames have been blocked through the cookie settings. Unblock them and refresh.

Afra Eisma’s work construes autobiographical worlds that burst with energy. Using craft techniques in novel ways, Eisma expresses personal stories that result in immersive and intimate installations consisting of tapestries, sculptures and ceramics. They invite the viewer’s imagination to infuse the sensuality and passion that the works encapsulate with whimsy and lightheartedness. The presentations of her works are an enchanting exercise in which generosity is an infectious game of caring and being cared for. Eisma stresses the importance that her work is born out of an explosion of the imagination. By sharing this, Eisma proposes an important counter to a world so full of deprivation and exclusion. Instead, her work offers generosity as resistance.

Background
Afra Eisma (1993) is a multi-disciplinary artist who lives and works in The Hague, the Netherlands. She graduated from the Royal Academy of Art in The Hague and spent a year at Central Saint Martins, UK, during her studies. Her work has been exhibited at numerous galleries and museums including Palais du Tokyo in Paris, Vleeshal Middelburg, Art Rotterdam and Stroom The Hague. Eisma participated in Unfair™ and Unfair18 and she was nominated for the prestigious Royal Award for Modern Painting in 2018.

Press play to listen to the song that is currently playing in Afra’s studio: 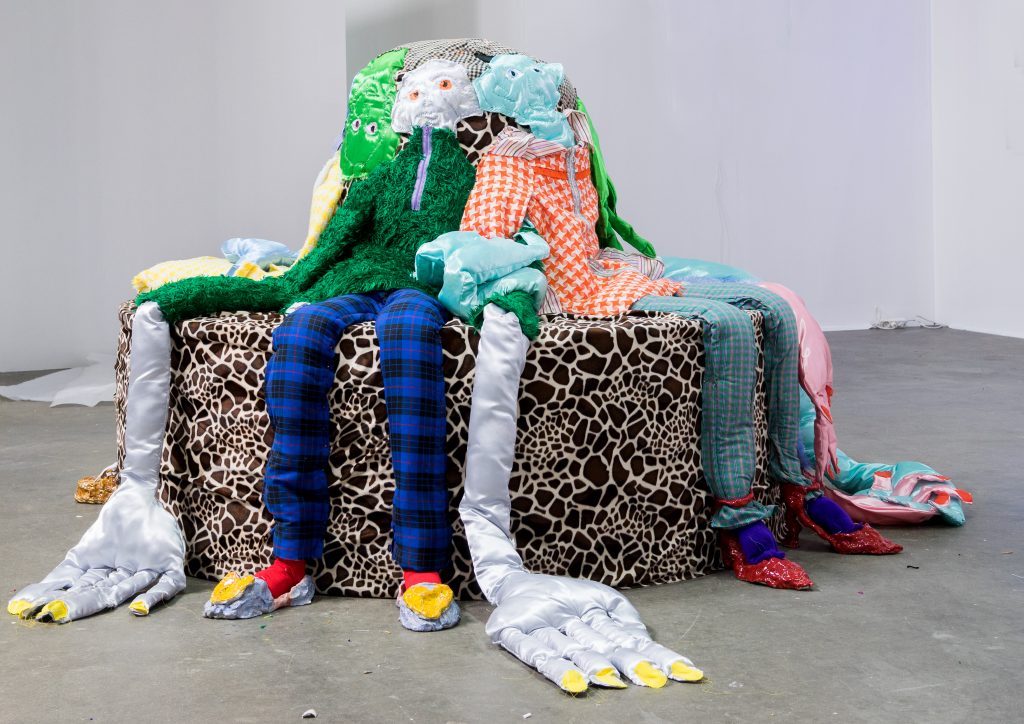 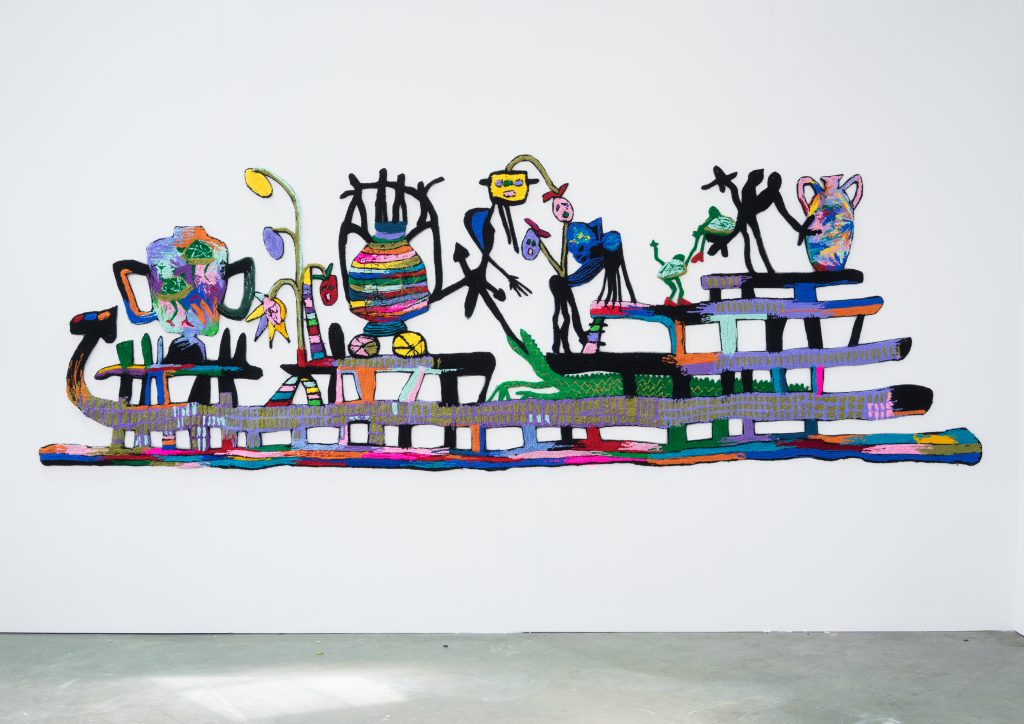 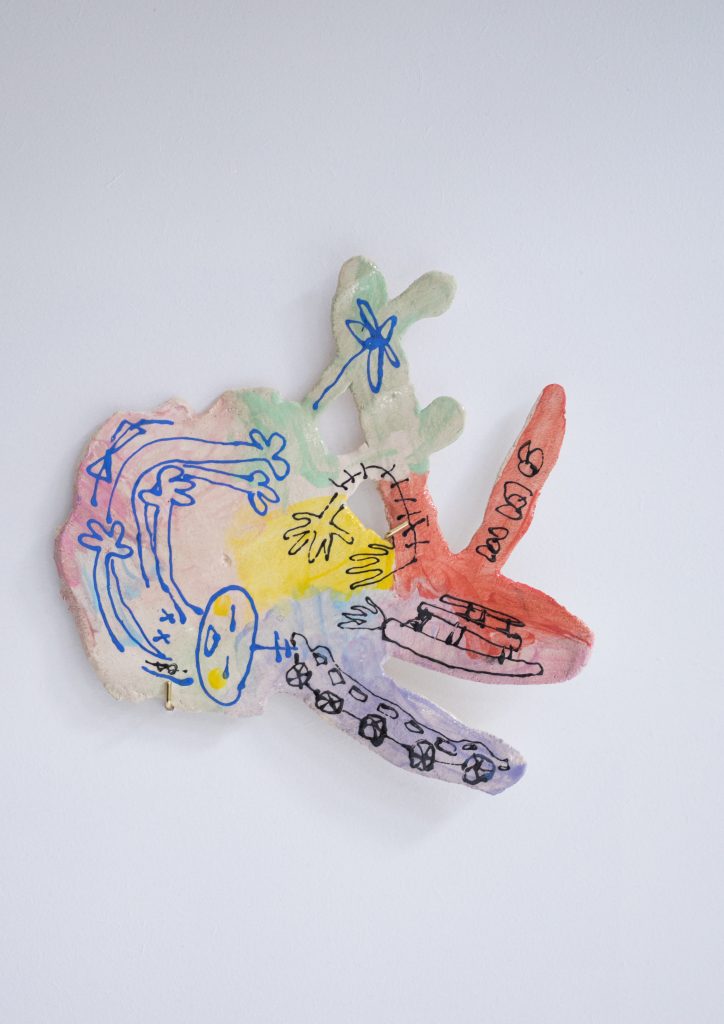 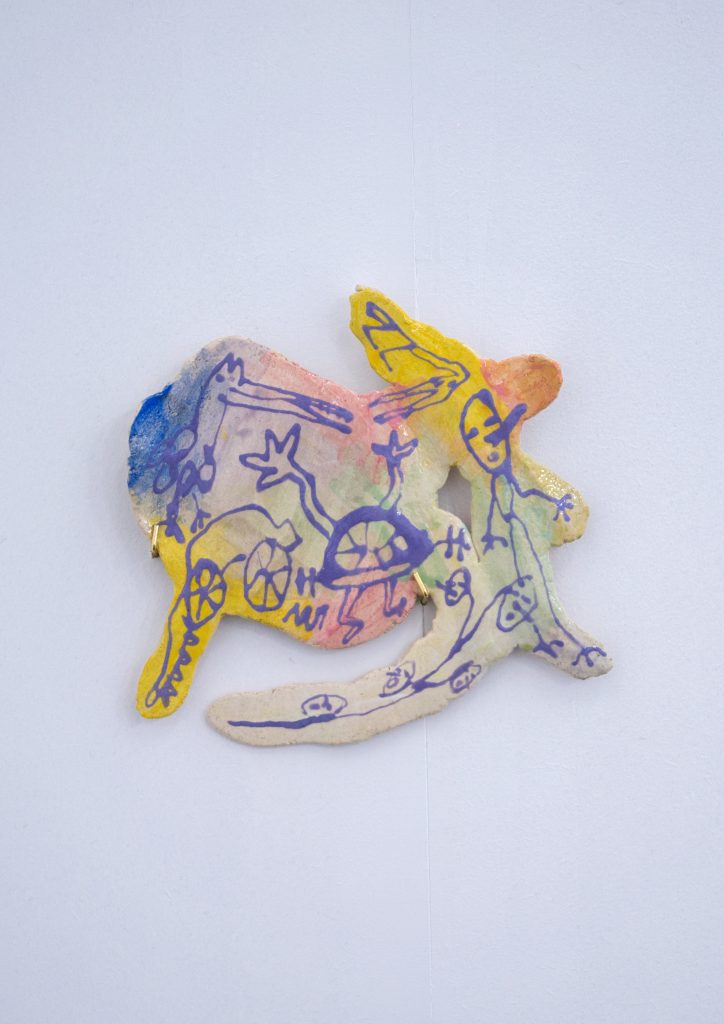