Arna Mačkić and Lorien Beijaert won the Unfair Architect Award with their design and this design was used for Unfair14. An important aspect of this design was the experience of art made by young artists in an unconventional art fair. With this in mind they made their design, it was a combination between an art installation and a functional art fair. In the unique location of a former shipyard in Amsterdam visitors could experience the art in an exiting way. They could fluently move through the space while the triangular walls contiguously created open and closed spaces.

Background
Studio L A is founded by Lorien Beijaert and Arna Mačkić. They won several awards such as the Maaskant Prize for young Architects in 2017 and the Dutch Design Award in 2014. They are on a quest to get to a more inclusive architecture through public speaking, writing and design. They both teach at multiple academies, such as Academy of Architecture in Amsterdam and Rotterdam. Frederick Mansell and Laurens Samson made a documentary about their working method in 2020 for BNN VARA. 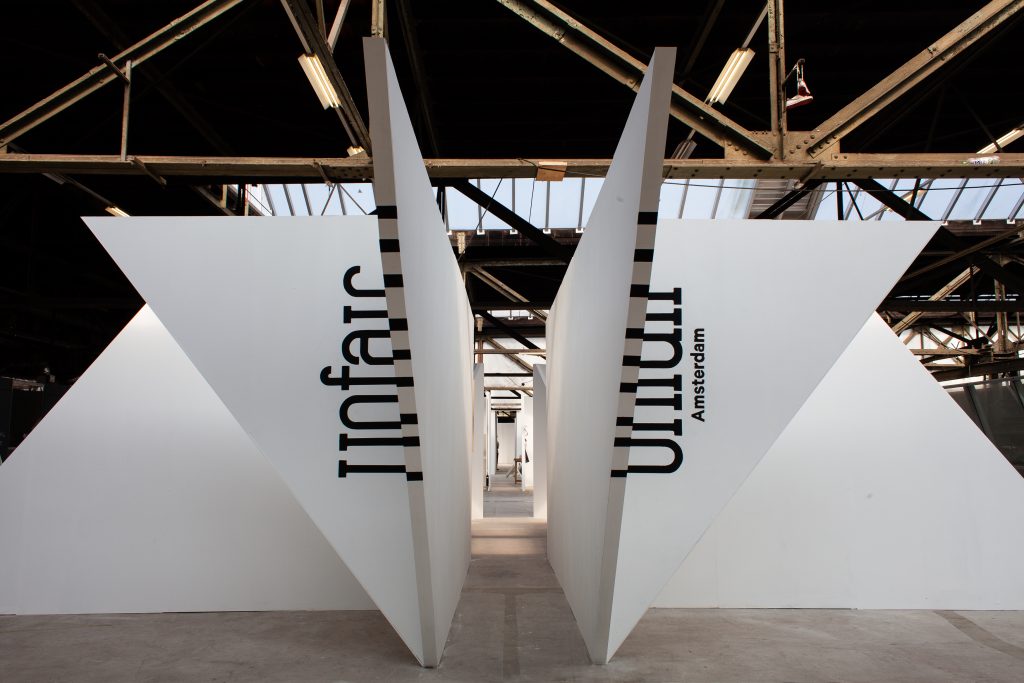