This week we connected Daan to Vera and Vera to Daan. They answered each others questions about their studios and artwork.

What would be the title of your semi-fictional autobiography and how would it end?

It would be titled Vera Geluck. 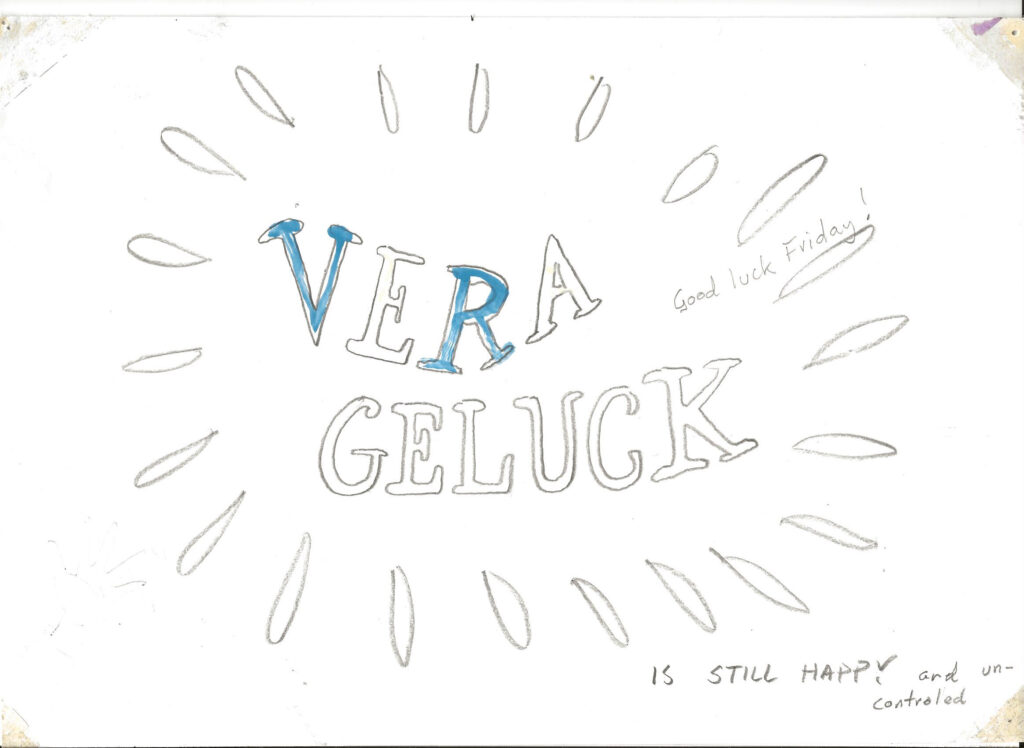 Ron Bernstein, the head of the wood workshop at the Jan van Eyck Academie, made an alternative door sign for me in 2017, when I was a resident there. Instead of Vera Gulikers, he wrote Vera Geluck, good luck Friday on it (the ‘Is still happy and uncontrolled’ was added later that year). He made the sign for me the week before the award ceremony of the Royal Award for Modern Painting, to wish me good luck. The name is a cross-over between my last name and Guus Geluk, the comic figure who’s always lucky. The sign still has a prominent spot in my studio, it became like a talisman to me. I would love to use it as a title for a book, and the image as a cover.

The end would be happy.

Are there specific subjects or themes you return to regularly in your work? If so, what are they and do you know why?

Feminism, the history of painting, fragments from daily life, and happy accidents during working.

These themes and subjects are very close to me in my personal and professional life. I like to read feminist texts, follow a lot of podcasts, politics, literature, and read about old painting techniques and contemporary painters. Sometimes something goes wrong in the studio, which at first seems like a huge drama, but at a second glance can be a solution to a painterly problem I couldn’t seem to figure out. It’s always a mix of the personal and professional which gets me started. A few years ago I dropped a bucket of latex on the road by accident. At first, it seemed like a problem, mainly because of the cars and bikes that might drive through it. But a lot of people came to help me. We scooped it off the road, cleaned it, and covered it with sand. There were some wonderful painterly gestures in this moment, by a whole bunch of different people. And, the contrast between the latex paint and the asphalt road is one of the biggest painterly contrasts you can get. I, later on, used various aspects of this happy accident in different ways in an installation I made at that time.

What is the most timeless song ever made and what makes it timeless? 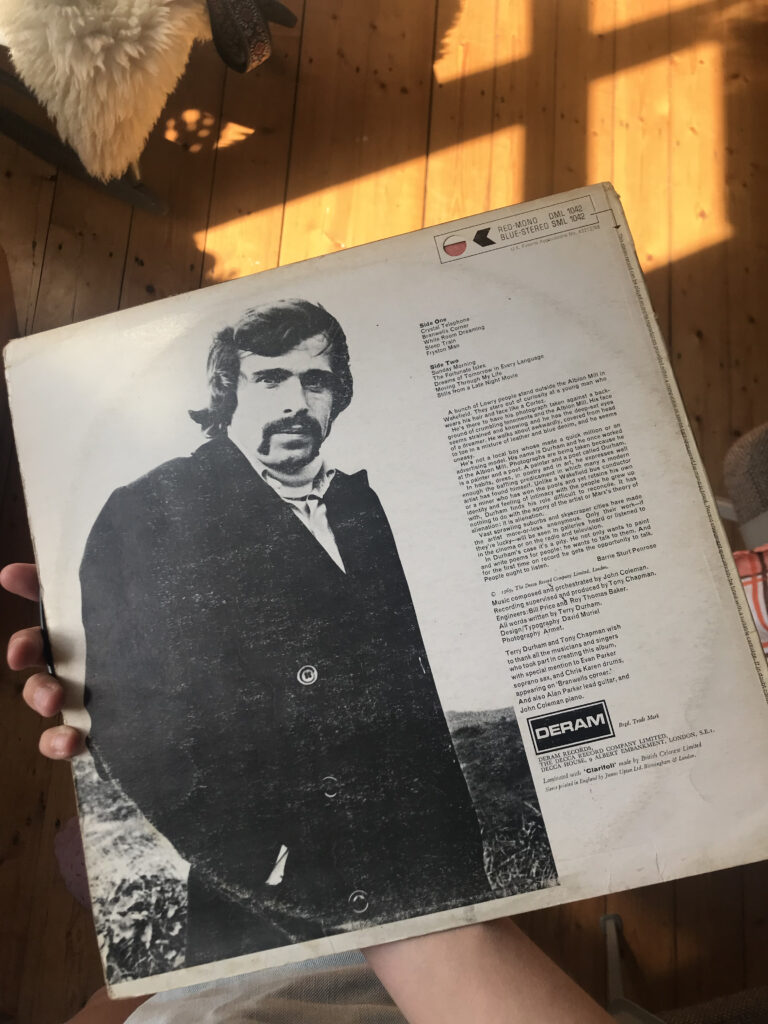 I love his tunes, lyrics and he’s like a storyteller on record. To me, it expresses something eternal, and timeless because of its relaxedness, dreaminess, and the visual images it evokes.

Lyrics like:
“And golden is the back of the tiger, and still soft
And the flames in my mind write in the sky: the question, the question remains the answer”

Regardless of what time I would live in, I think it would be impossible for me not to relate to this record.

I actually don’t have one. Apart from a computer, several external hard drives and a Shurgard storage unit, my studio currently exists mostly in my head. The reason for that is partially because I recently moved and I simply haven’t had the time yet to look for a new studio space. But despite that, I have to say that in my practice I change medium so often that I anyway outsource a lot of productional aspects to people that have more technical experience and expertise than I do.

If I myself can’t execute what I want to realise, in the way that I envision, I prefer to collaborate with people who can. That’s perhaps why having an atelier is less urgent for me. That doesn’t mean I wouldn’t like to have one, though. I’m just not sure if I would be there much or if I would use it to physically experiment.

I have great admiration for artists who spend most of their time in their studio and devote themselves to a craft and practice for years and then get really good at it. But I don’t think I’m the kind of person who is able to commit to a medium or craft like that. I’m afraid I change disciplines too often for that. If I would have a studio space however, it would probably be weirdly clean, proper and organised because I’m a huge neat freak and I don’t like a mess.

It would be either a humble, isolated mountain cabin in the Engadin region of Switzerland where I would be completely alone or something similar to Andy Warhol’s Factory where I would never be alone. A variation of both, I guess. 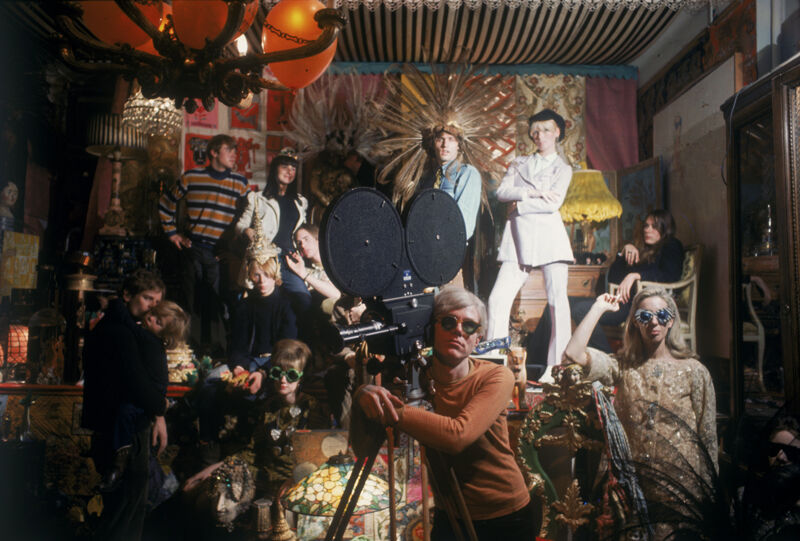 If you had an unlimited budget, what artwork would you make?

What a terrifyingly difficult question. I have absolutely no idea to be honest. It’s not like I have a list of concepts ready to be executed. Do you? Does anyone? I don’t think an unlimited budget would change the nature of my concepts and ideas that much. Perhaps the physical outcome and execution of my ideas would be of a higher level.

But at the core, the works would be more or less the same. Would I create more interesting and attractive artworks if I had more money to spend? What would that say about me? I guess having an unlimited budget (assuming the sum of money would be unfathomably high) would make me feel rather uncomfortable because that amount of money should probably better be spent elsewhere. Where it’s more urgently needed. It would be very sympathetic if I would now say that I would create a permanent artwork that ends world hunger or that prevents the ice caps from melting or that would obligate Putin to go to therapy.

But let’s say, hypothetically, the money is not needed elsewhere and it would be given only to me. What would I create? I guess, in essence, I would make the same kind of works as I do now but I would use the money to explore more.